It was the second day in Kanazawa.

I went to sightseeing in Noto Peninsula with Mr. Nakai. 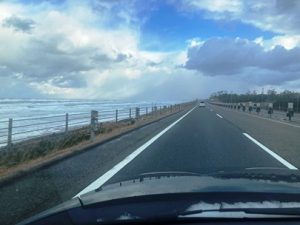 I was surprised at seeing the winter big waves of Japan Sea. 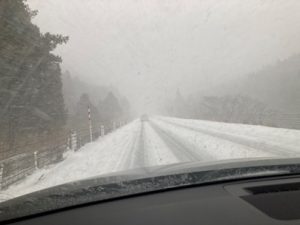 On the way to north Noto Peninsula, I saw heavy blizzards, frozen roads and a multi-car accident.

After three hours driving, we arrived at Sosogi Beach. 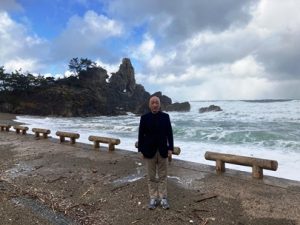 I was totally overwhelmed with troubled huge waves. 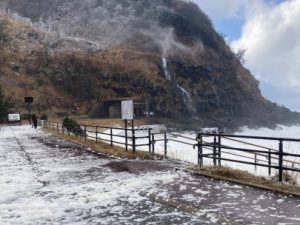 The water fall didn’t fall but climbed mountain by the terrible wind.

Then we moved to Anamizu and had nice local oysters. 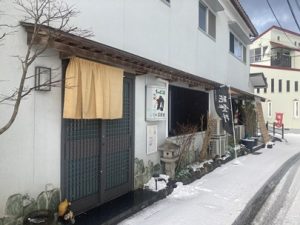 We char-grilled a lot of oysters by myself. 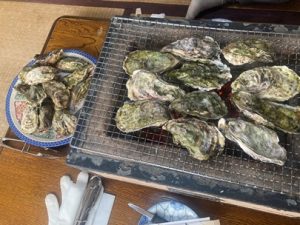 It was so delicious!! 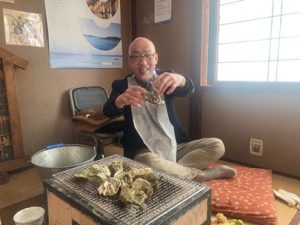 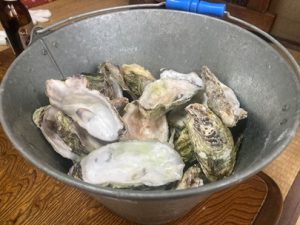 Then we went back to Kanazawa. 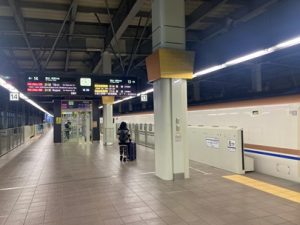 I took a Shinkansen Train and went back to Tokyo. 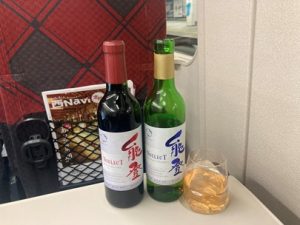 It was an amazing two-day trip for me.

I was very impressed in this trip.

Thank you so much!